Free antivirus bid various features for cyber threats. So you can avoid many of the dangers of malware without any payment. Find top malware 2022 and clean malware now.

In short, much malware emitted through Corona disease in the last two years. Remote working is the paramount reason for this increase.

Do you infect by malware?

Don’t worry. We will help clean the malware with free antivirus in five minutes. FUD crypter can help you in easy steps to remove any malware.

Before introducing ways to remove the malware, you need to know what is the top malware 2022 and how it works?

Based on the Avast report, the common malware in use in 2022 is Ransomware, stealer, and RAT remote access tools. Check the Avast bypass video to find out how RAT tool works.

The United States, Ukraine, and United Kingdom are the most targeted country malware attacks in 2022.

Most targeted countries by malware

So if you are living or working in USA, UK, and Ukraine, you will need tips to keep your data safer and clean malware.

Briefly, the top malware in the market was developed by Russian coders.

Which malware has infected your system?

There are many types of malware such as Remote Access Trojans or RAT, Ransomware, Stealer, Keylogger, Botnets, malware crypter, Exploit, and more.

Do you want to know which malware has infected your system? it needs to be a professional. If you are inexperienced in this case, you need to follow our guides to secure your system and clean malware.

Windows Defender still is one of the most powerful antiviruses in the world. As Microsoft Defense digital report shows, they scan 24 trillion signals per day. In short, over %85 Windows systems are using Windows Defender and SmartScreen layer security now. Microsoft defender blocked over 31 billion threats. And it is in the first place free antivirus in the world.

You just need to update its database and activate all features like Real-time protection, app & browser control, firewalls, and network and account protection. So start the scan and wait for detection.

Avast free antivirus is the second anti-malware. It has 435 million active users and blocks over 1.5 billiard malware monthly.

Also, you need to follow the same way in Microsoft defender options to get rid of the malware.

Kaspersky is the third free antivirus. It has more than 400 million active users. In short, Kaspersky has a reliable malware alert for internet security too.

How to clean malware in 5 minutes with free antivirus

install and update free antivirus to the last database version. If you cannot install antivirus, restart your system and run it in safe mode so install it. Then start scanning. Also, if you know the last installed app report it to antivirus.

this is the important notice that users don’t consider. You must download apps from the official website. Be sure to don’t download software from BitTorrent websites.

Step3: encrypt your data with crypter 2022

Find the online crypter or buy crypter 2022 to encrypt your data. In short, crypter software make your data encrypted. So, the attacker cannot decrypt it. Be sure to don’t use a free crypter because the attacker can decode it easily. we recommend to watch our crypter tutorials for best results.

When you got a warning from chrome security, don’t download the file at all. Also, when clicking on the file and getting a Windows SmartScreen warning don’t run the file.

How does malware bypass Windows Defender?

Briefly, most malware can’t bypass Windows Defender lonely. The attacker uses the malware crypter to encrypt the malicious files and send them to the victim by social engineering tips and tricks.

But when you activate all Windows Defender options and keep it updated. It can’t remain fully undetectable. Then malware will be removed soon.

Should we buy the paid version of the antivirus or use the free antivirus?

As told you before more than over %85 Windows systems are using the Microsoft windows defender. But Microsoft Security Vulnerabilities in 2022 affect many systems such as businesses and government. So we recommend installing another antivirus and security program. You may know, during the installation of any antivirus shows that Windows Defender is disabled. But it is good to know that in critical situations, Windows Defender will continue to work and prevent possible dangers.

Check the antivirus bypass videos to find out how malware works. some users ask for 360 total security we provide the last bypass video 2022 for more details. 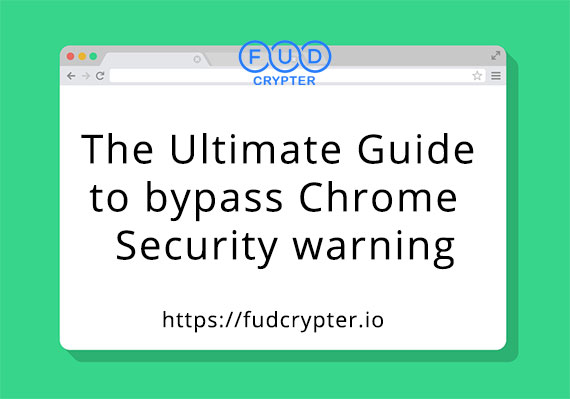 How to Bypass Windows Defender SmartScreen in Under 60 Minutes (Yes, Really)

Do you need any support?

How to bypass antivirus?